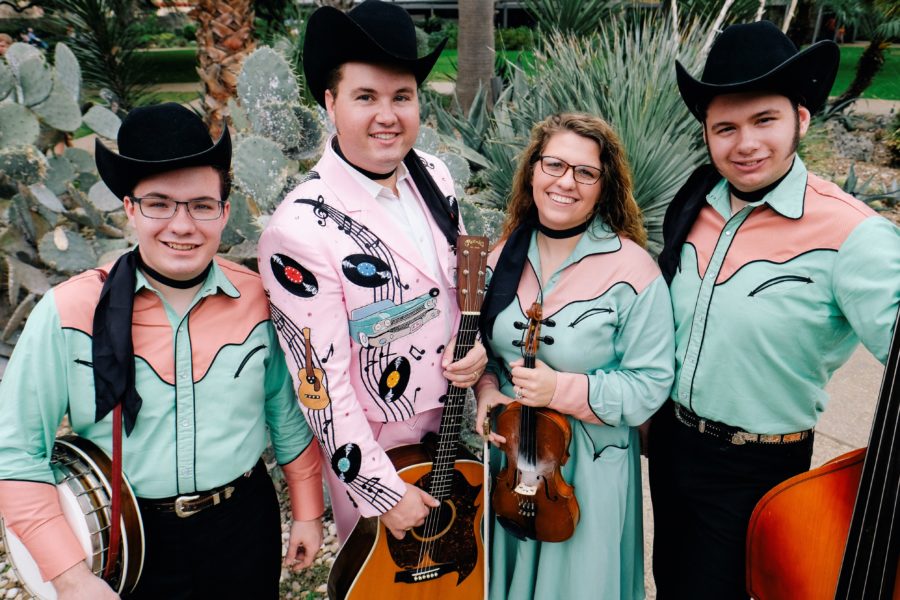 Growing up in the mountains of East Tennessee, and sharing a birthday with the great Earl Scruggs, meant that destiny was written in the stars for Kory Norris, who founded his band, The Kody Norris Show, more than a decade ago.

Kody learned early the strong musical legacy of Johnson County, Tennessee, home to musicians including Clint Howard, Fred Price and Clarence “Tom” Ashley; the first group to tour with Doc Watson during the folk revival of the 1960s. The first recording of “House of the Rising Sun” was created in Johnson County by Tom Ashley in the 1930s. Tom Dooley (of the oft-recorded folk murder ballad) was captured there by another resident of the county, Col. James Grayson.

Kody’s musical journey began when he was around ten years old with a used mandolin, a gift from his parents. Growing up in East Tennessee, a region steeped in traditional music, Kody was bitten by the bluegrass bug, and quickly added guitar, banjo, and bass to his repertoire.

From the age of 15, Kody pursued his interest in the music business: working as a sideman and studio musician, teaching music lessons, and serving as an emcee. Being a multi-instrumentalist and versatile singer opened doors to many opportunities including playing with Ralph Stanley, Ralph Stanley II, and Melvin Goins. A chance meeting with Campbell Mercer, executive producer of the Cumberland Highlander’s Show on the RFD-TV network, led to a 9-year stint for Kody playing guitar on that show.

More than a decade ago, Kody distilled his years of varied experience into founding his own band, with a desire to build on the inspirations of his youth, including the music of Bill Monroe, Ralph Stanley, Jimmy Martin, Jim and Jesse, and others.

The Kody Norris Show was honored with seven nominations in the 2018 SPBGMA Awards. The band’s album, When I Get The Money Made, was named 2017 Bluegrass Album of the Year by the National Traditional Country Music Association. They have performed nationwide, including notable gigs at The Smithsonian and The Kennedy Center.

As a songwriter and frontman, Kody weaves his love for words and literature with clever wit and genuine emotion. A true showman, Norris adorns the band in colorful, tailored suits adorned with rhinestones, ties, classic hats and ornate boots. Top-notch picking and harmonies, however, are always centerstage. The group maintains an impressive tour schedule. In 2019, The Kody Norris Show played more than 110 dates.

The foursome is fronted by Norris on guitar, with his “little sweetie,” Mary Rachel Nalley-Norris on fiddle. The group is rounded out by Josiah Tyree on banjo, and ‘Cousin’ Charlie Lowman, who recently joined the group on bass.