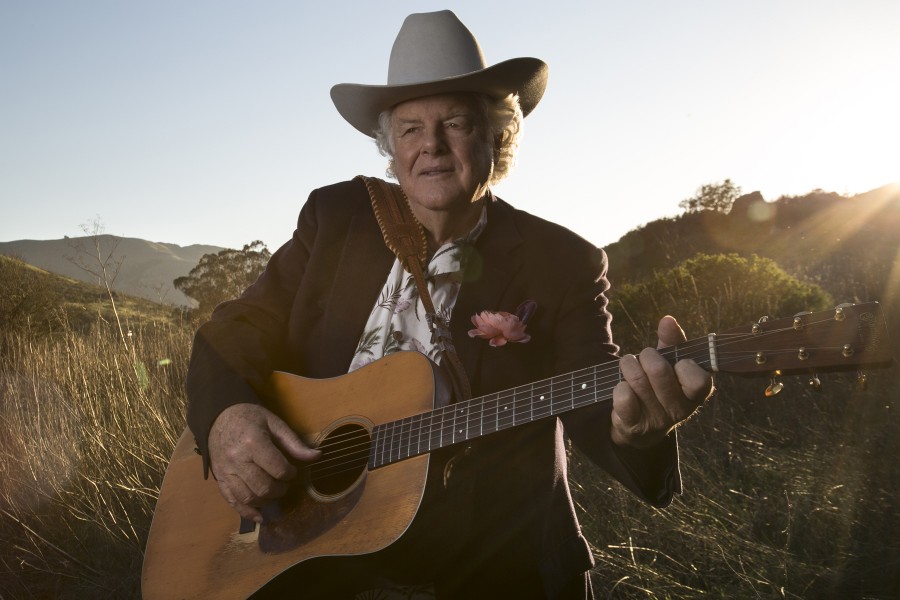 A Grammy award-winning singer-songwriter, Peter Rowan’s career has spanned many musical genres. Born in Wayland, Massachusetts to a musical family, Rowan began plucking his first instrument, a ukulele, as a young child, then picked up mandolin and guitar. Meanwhile, he gained exposure to black gospel and doo-wop, then Little Richard and Buddy Holly, while he and his brothers learned harmonies for fun. As a teen, he formed a rock band, attended sock-hops and began hanging around Harvard Square. One night, he heard Joan Baez, who wound up joining him and his friends for a street-corner doo-wop session. “That was my introduction to the folk music world. Through that, I became aware of bluegrass as a genre,” Rowan recalls. Soon, he was performing with two beacons of Boston’s music scene: Hayloft Jamboree singer Jim Rooney, who became a major figure in the burgeoning folk genre, and banjo player Bill Keith, creator of what’s known as the “Keith style.” Mandolinist Joe Val, who played with that duo before Rowan did, taught him old-time “brother duet” singing. Then Keith introduced him to Monroe.

Peter Rowan was just a young bluegrass boy when he caught the attention of Bill Monroe, who made him an actual Blue Grass Boy in 1963, or maybe ’64. Rowan isn’t certain exactly when he became the band’s guitarist and lead singer but credits that as the beginning of his professional career. Rowan says of playing with Monroe, “One thing I started to like about the Monroe style was that there was a lot more blues in it than other styles of bluegrass. It was darker. It had more of an edge to it. And yet it still had the ballad tradition in it, and I loved that.”

After leaving Monroe in 1967, Rowan formed the psychedelic rock band Earth Opera with David Grisman. In 1969, former Monroe fiddler Richard Greene summoned Rowan to join the roots-fusion band Seatrain (which recorded two albums with famed Beatles producer George Martin). After that, he formed a bluegrass supergroup of sorts, Muleskinner, with Greene, Grisman, Keith and Clarence White. The Rowan siblings also formed the Rowan Brothers, and he and Grisman created Old and in the Way with Jerry Garcia, John Kahn and Vassar Clements. That’s when Rowan wrote his most famous song, “Panama Red,” which became a hit for New Riders of the Purple Sage.

Since going solo in the ’70s, Rowan has recorded albums encompassing a variety of genres, from Hawaiian to Tex-Mex (with Flaco Jimenez), while performing with various bands including side projects Twang an’ Groove and his rock band, Free Mexican Air Force. Along the way, he has earned a Grammy and multiple nominations, plus many other accolades, while playing alongside fellow musical giants.

As for why it took more than 50 years for him to get around to telling his pivotal Carter Stanley story, he says simply, “No tune before its time.”